Before 1225, medieval teachers were forbidden to lecture on the libri naturales, and education was restricted to the seven liberal arts --  music, geometry,  grammar, logic, etc. After 1250, all students were examined on the libri naturales, Aristotle's metaphysics and natural philosophy. The libri naturales were fundamental to the development of Western civilization because they contained a comprehensive view, new to the West, of the workings of the cosmos, and prompted Western thinkers to look to natural causes to explain observed phenomena and to approach metaphysical quandaries systematically.  Traditionally, scholarly explanation of the causes for this radical transformation has focused attention on Aristotle's translators. However, with the discovery, beginning about 1930, of the works of Richard Rufus, it has become clear that the introduction of this paradigm was due in large part to the work of the masters of arts who taught Aristotle in the 1230's and 1240's at Paris. Richard Rufus is the first such teacher we know of, followed by his better known and worse tempered confrere, Roger Bacon.

Having edited a dozen works by Adam Wodeham, William Ockham, & John Duns Scotus, in 1996 I began the Richard Rufus Edition, which has been supported by the NEH for a decade and is published on the web and in the British Academy series, Auctores Britannici.  At the same time, I started work on Richard Rufus and the Origins of Scholasticism.  Since then my research has been guided by the attempt to understand Rufus.  Sometimes it has been easy as in the case of Rufus' views of the origins of the universe.  Other times it has led only to puzzlement as in case of Rufus' claim that one infinite series can be greater than another or his theory of reference.  Currently, I'm engaged in editing Rufus' major Metaphysics commentary and rereading Metaphysics zeta in an attempt to understand how his theory of universals morphed into an account of reference with special focus on the significates and appellates of propositions. 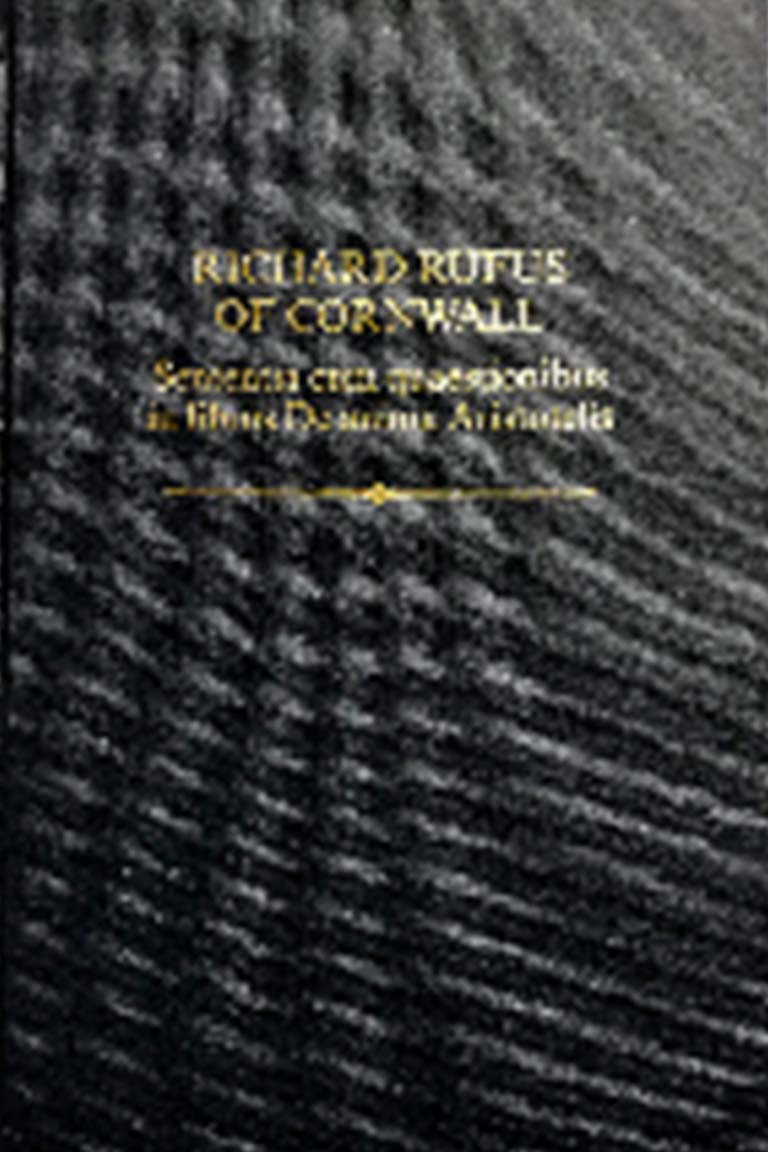 Wood, Rega. 1992. "Richard Rufus of Comwall on Creation: The Reception of Aristotelian Physics in the West." Medieval Philosophy and Theology 2: 1-30.

Wood, Rega, and Michael Weisberg. 2004. "Interpreting Aristotle on Mixture: Problems about Elemental Composition from Philoponus to Cooper." Studies in History and Philosophy of Science Part A 35 (4): 681-706.